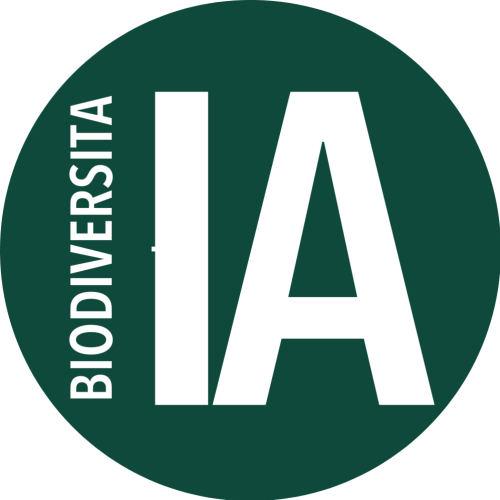 (Adnkronos) – NEW YORK, Dec. 1, 2022 /PRNewswire/ — Grammy® Award winner Ariana Grande invites you to experience her new fragrance collection, MOD, a very first for the Ariana Grande Fragrance portfolio. Featuring two luxurious new scents, the collection launched exclusively on Ulta.com today, and will be available in Ulta Beauty stores nationwide starting December 11th. Inspired by modernity, freedom of expression and individuality, MOD draws its name from the subculture popularized in 1960s London. The new fragrances, MOD Vanilla and MOD Blush, evoke a sensorial experience that brings to life the bold and modern energy of the era. "I'm beyond excited to launch my first ever double fragrance drop with MOD Vanilla and MOD Blush," says Grande. "When we started working on this duo over a year ago, I fell absolutely in love with both of these fragrances and with the creative that Stefan and I collaborated on. I really wanted to do something different and exciting for my fans by launching two new fragrances at once and I so hope they love them the way my team and friends and I do. We have gone through many, many tester bottles over here!!! Mod Vanilla and Mod Blush have quickly become two of my favorites in our beautiful fragrance family and I'm counting down the days til you can smell for yourself!" "The MOD collection is an exciting evolution for the Ariana Grande fragrance portfolio," explains Noreen Dodge, Chief Marketing Officer of LUXE Brands. "The way we crafted the scents represents what I feel is the future of perfumes; simplicity and luxury anchored to nature, the design, campaign and fragrances are a delightfully modern twist for fans to enjoy." THE FRAGRANCESMOD Vanilla: MOD Blush: THE PACKAGINGThe MOD bottle design is a modern toast to the post mid-century fashion ethos. Something bold and interruptive done in a sculptural way with form and light. Subtle curves create this rounded mod shape where no two sides look the same. One white and one pink with a frosted window encapsulating the essence of the two MOD fragrances- mod blush and mod vanilla. For the striking carton design, taking strong geometric portraits of Ariana that use repetition, modern color, and graphic applications to create a bold sensorial experience to the packaging. With 2 scents and multiple colors every side reveals a new adventure… PRICINGEau de Parfum Spray, 3.4 FL OZ/100 mL                        $68.00Eau de Parfum Spray, 1.0 FL OZ/30 mL                          $48.00 All prices are manufacturer's suggested retail prices in US dollars. The brand will roll out globally to additional prestige retailers including: Grammy winning, multi-platinum recording artist and international superstar, Ariana Grande, is the first artist to hold the top three Billboard Hot 100 spots since The Beatles in 1964 with "7 Rings," "Break Up With Your Girlfriend, I'm Bored," and "Thank U, Next."  In 2020, she became the first and only artist to have 5 singles debut at #1 in the charts history. In 2021, Grande made history as the first artist to simultaneously hold three top 10 spots on Billboard Pop Airplay and Mediabase Top 40 Charts with "positions," "34+35" and "pov." At only 29, she has released six albums which have all gone platinum and has surpassed 98 billion streams globally – she's Spotify's most streamed female artist of the past decade – while rapidly becoming one of the biggest pop stars of our generation with her powerhouse vocals and unmatched presence both on stage and with her fans. In 2022, Grande became the first artist to have four albums with over 4 billion streams each on Spotify. In 2019, Grande embarked on the Sweetener World Tour and performed over 100 shows throughout the year, including headliner sets at Lollapalooza and Coachella – where she was the youngest headliner in the festival's history. In 2021, Grande joined NBC's THE VOICE as a coach and was also featured in the Academy Award nominated film DON'T LOOK UP opposite Leonardo DiCaprio and Jennifer Lawrence, for Netflix.  She will next begin production on Jon M. Chu's film adaptation of WICKED, starring as Glinda opposite Cynthia Erivo's Elphaba. LUXE Brands, Inc. is a global, prestige beauty company dedicated to developing world-class beauty brands that inspire consumers around the world. The company's innovative approach to design, marketing, and building-brands with a digital first ethos has earned numerous awards around the world. LUXE Brands was awarded Fragrance of the Year in 2019 on behalf of Cloud by Ariana Grande. The full portfolio includes Ariana Grande, Nicki Minaj, Eau de Juice by Cosmopolitan and a licensing partnership with General Motors on the Hummer brand. Ariana Grande Fragrance Press Contacts:The Lede CompanyAGFragrance@ledecompany.com  Photo – https://mma.prnewswire.com/media/1959149/LUXE_Brands___Artist_Ariana_Grande_Debuts_First_Fragrance_Duo_with_MOD.jpg

This website uses cookies to improve your experience while you navigate through the website. Out of these, the cookies that are categorized as necessary are stored on your browser as they are essential for the working of basic functionalities of the website. We also use third-party cookies that help us analyze and understand how you use this website. These cookies will be stored in your browser only with your consent. You also have the option to opt-out of these cookies. But opting out of some of these cookies may affect your browsing experience.
Necessary Sempre abilitato
Necessary cookies are absolutely essential for the website to function properly. This category only includes cookies that ensures basic functionalities and security features of the website. These cookies do not store any personal information.
Non-necessary
Any cookies that may not be particularly necessary for the website to function and is used specifically to collect user personal data via analytics, ads, other embedded contents are termed as non-necessary cookies. It is mandatory to procure user consent prior to running these cookies on your website.
ACCETTA E SALVA